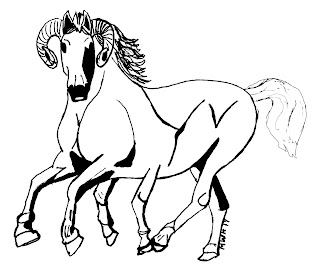 On the planet M’theria horses have six legs and horns curling back from their heads, similar to ram’s horns. One of the most common domesticated animals on the planet, horses have been used throughout history for transportation, combat, and labor.
I made these for my fantasy home brew, but they would fit nicely in Carcosa or other stranger worlds.

Horned Horse
Armor 12, Move 240
2 Hit Dice, 10hp
2 hooves 1d4, ram 1d6, Morale 8
Trample: If the horned horse hits with both hooves, the target must Save versus Paralyzation or be knocked prone. If the target is prone, the horned horse can make an extra attack with its hooves.

Horned Horses come in a variety of natural colors as well as stranger hues. Choose one or roll on the charts below.

Posted by Hexelis at 6:03 AM No comments:

I've ran games for more than 25 years but this is my first adventure that I've actually written up for public consumption. I wrote it for Lamentations so I kept it simple and short, and tried to make it gritty and weird. So, anyway, let me know what you think. Feedback is welcome and appreciated.

The Place of the Skull 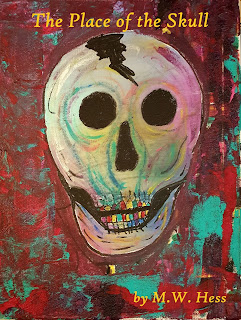 Timeline of Events in 17th Century Europe for LotFP 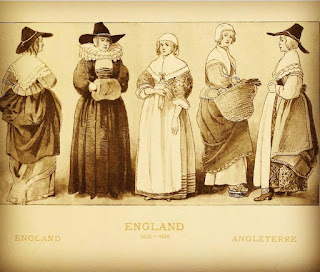 Here is a timeline of events I put together for my own game. I'm sure others will find it useful.